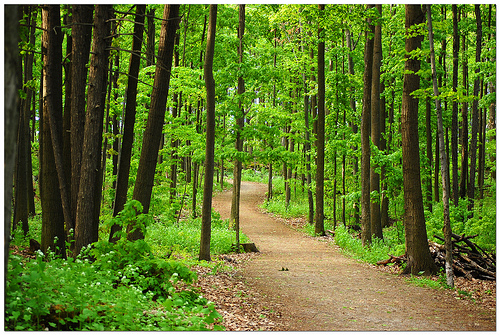 Around December, when the Coronavirus was reported in China and the country was under a lockdown, I saw numerous reports on the news of Kenyan parents deeply worried about their children, stuck at home with no food, no support, and nothing to do. The virus was quickly spreading, and people were dying. It was devastating, at least, for those concerned. Empathy was felt, prayers were had but mostly that was it, after about two weeks of wondering what the fate would be for the Kenyan children in China, and the declaration that if they were repatriated it would be dangerous, life moved along swiftly, or with a slow even keel, depending on what stage one was at.

Then came March, a period of examination at Strathmore University for the July cohort and students were bustling, busy around campus studying hard anticipating the holidays. Most had secured their holiday internships and volunteer programs, while others were greatly anticipating their trips overseas with their classmates and vacations with their families. Easter was fast approaching and for most Kenyans, it was an important time for faith and for family. Everything was going according to plan until it was not. Life has an interesting way of unravelling itself, the mystery of tomorrow being one of its most wonderful gifts.

The first Coronavirus case was reported in Kenya and everything went into disarray, schools were immediately shut down, for students doing their exams, they were indefinitely postponed, with only a week left to get rid of them. What to do with all that time, stuck at home, without the option of moving about freely. Even for a serial introvert who enjoyed time at home, space was now invaded, and the stakes were high. Feelings of extreme anxiety and borderline depression became the norm, as reports of numbers rising across the globe were made, including within the Kenyan space. It was no longer a Chinese kind of problem, it was one for the entirety of us to bear, humanity. A moment of extreme empathy, I would like to call it.

Days were counted down in hopes that the virus would soon subside, and everything would return to normal. Its funny how a ‘normal’ state of affairs can be claimed to exist in a world full of surprises, one we have no control over, one in which we spend the time that fades and can never be recovered. With extreme anxiety and utter confusion, as a planner and a person used to organizing systems to achieve utmost productivity, the fact that waiting for my old life to resume as if nothing had changed was a futile attempt, quickly dawned on me. It was time to take charge of my time and my emotions.

Like Saint Josemaria Escriva, during the Spanish Civil War, I adopted the principles of order, friendship, and study. Order because I made some sort of schedule, not too hectic but just a plan I could follow through to give my day a sense of meaning and purpose. Waking up early to meditate and use some quiet time alone. Taking frequent walks outside, mostly in the mornings and evenings when it was less crowded, and planning activities for the day, of which cooking took center stage as I came to learn that my love for the kitchen was deeper than I had known before.

My friendship with my family members bloomed during this period. This is not to mean that there were no rough days or times that I wished to be completely alone. We had thousands of conversations about life and I got to know parts of my family that I would never have had the chance to and to create deeper connections that I will forever cherish and be grateful for. In addition, the realization that friendship meant work and time, so occasionally creating time to virtually connect with friends and catch up greatly impacted my mental health positively. Suddenly, the realization that man is inherently social and that living in a community constitutes a large part of who we are dawned on me. The days I spent alone worried greatly differed from the ones in which I carved time out for friends and family, making me more positive and fulfilled.

Being an avid reader and a lover of all things learning the principle of study was more or less a default setting for me. It is what I yearned to do daily, because unlike most times when I’m swamped with school work and the vagaries of life, dealing with extreme exhaustion, I could engage in learning for knowledge sake and believe it or not, for leisure. I enjoyed my days traveling the world and exploring the depths of my mind and the minds of numerous authors as I flipped through the pages of some of the best books I have read in years. Utter bliss is how I would describe this time of my life, but like life does, it quickly changes, and soon it was time to get back to school.

Online exams to usher out the old school year were done, a new experience but one that we quickly got a hang of. Then came the online classes, and the realization that technology was taking over, there was a need to create time for nature. This was because the reality of ‘zoom fatigue’ dawned fast, with a dire need to create as much energy as was being spent, exercise was then vital. Along with meditation, family, friends, order, study, and a new attitude, a positive one with a more adaptable person. At this time, the words of Michelle Obama rang true, with the changing phases of our lives, we learn to adapt, and so she says, “Get back on what track? It’s an entirely new track and it’s not going back, it’s different forever. So, I’m figuring it out and creating a new track.”

This article was written by Bertha Odawa, a Bachelor of Laws student.