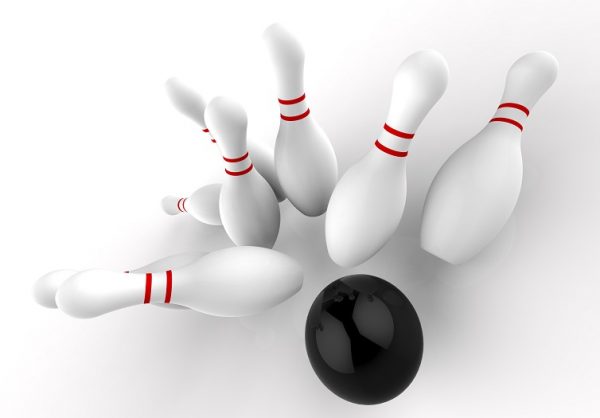 The Community Service Centre department launched an essay competition themed ‘What I have learned about myself and others during the COVID 19 pandemic” to help secondary school students under the Macheo Program and TAI Project reflect and draw lessons from these unprecedented times. Below is the winning essay. The writer bagged a shopping voucher worth Kshs. 3500 and scholarship worth Kshs. 15,000. The fee will be paid directly to the school.

Resisting change is the surest way to destruction; people grow, interests change and priorities shift. In the past few months, the world at large has been forced to acclimatize to the situation that the Corona virus has brought to the world.

In the public mind, COVID-19 originated when someone at the now world famous Huanan seafood market in the Chinese province of Wuhan was infected with a virus from a scaly mammal that looks like an ant-eater called a pangolin.

The Trump administration has however refuted this claim arguing that the virus broke out from a research lab in the same city, which some activists have claimed, is funded by the same United States government.

On January 30th, COVID-19 was declared a global pandemic after the Emergency Committee (EC) of the World Health Organization advised it’s Director General that the outbreak constituted a Public Health Emergency of International Concern (PHEIC). What followed in its wake was unprecedented, total lockdown on several nations across the globe, strict social distancing measures, mass testing and self quarantine for suspected cases.

To begin with,  I have lately learnt that love is a very important virtue that should be embraced by all, to all. As the pandemic continued claiming hundreds of thousands of lives, medical practitioners were brought to the limelight because of their dedication to their demanding career. Images of doctors exhausted to the bone lying on hospital floors simply to take a rest, have become common. This is the time that people have appreciated these practitioners and stopped taking things for granted. As the Jewry’s book called the Bible says,”Hold unfailing your love for one another,” these people have proven to the entire world that true love knows no borders.

Moreover, the world came together to help those infected and affected by the pandemic. A classical example is that of United Kingdom’s Captain Tom Moore. Moore is a World War II veteran who started a charity fund in order to help the affected. His aim was to raise a million euros and he ended up raising fourty million. Despite his advancing age, 100 years, Capt. Tom has proven that when we come together, great things happen. On his hundredth birthday celebration, the captain was accorded the honour of knighthood for his feat.

In addition, the need for self satisfaction and display of power also came on board. It was very disheartening and outrightly inhumane for the US president to withdraw his country’s funding to the World Health Organization. This, he did, to prove that his country could do better without the aid of the organization. Perhaps as a lesson to him, his country has been the worst hit by the pandemic and lost hundreds of thousands of it’s citizens. To drive the point home, we should be humble not matter how much power is vested in us by the jurisdictions we serve.

On top of that, social responsibility has been embraced during this difficult moment. Several nations imposed lockdowns in their cities and left the street dwellers to fend for themselves. Different organisations stepped up to help these fellow humans who had been overlooked. Distribution of food and other basic necessities became a shared responsibility unlike before when almost nobody cared about them. It has really been proven beyond reasonable doubt that desperate times call for desperate measures.

Fifth, I have learned that ignorance is a killer disease, worse than the pandemic itself. People have defied measures put up by the authorities to stop the spread of the virus. A Siaya priest based in Rome, Fr. Richard Oduor, was charged with knowingly spreading the virus by violating the Public Health Act. The priest jetted into the country from Italy and failed to self isolate. He interacted with some 247 individuals of which 59 later tested positive for the disease. Political figures have also not been any better. Kilifi deputy governor, H.E Gideon Saburi, went on a foreign trip despite warning from his boss , governor Amason Kingi. The deputy governor failed to self isolate upon his return. He was charged at the Milimani Law Courts and released on a 200,000 kenya shilling cash bail.

Sixth, I have personally learnt to appreciate friendship and it’s allied benefits. It has been very difficult for someone like me who likes socializing to stay put indoors all day long. This has simply been aggravated by the need to observe strict social distancing measures. Despite the big social circle I had, I have learned to change with the changing times. Moreover, for religious fanatics like me, the failure to be physically present for religious services has really held me down. However, as time progressed I have acclimated and life seems normal.

In conclusion, the COVID-19 pandemic has turned the whole world around and upside down. The entire universe has come together to combat the pandemic and bring and end to further loss of lives. Inadvertently, as humans, we should all observe the measures put in place to avoid further infections but above all  #Weareallinthistogether.

NB: Opinions reflected here are the writer’s and do not represent the views of the University.