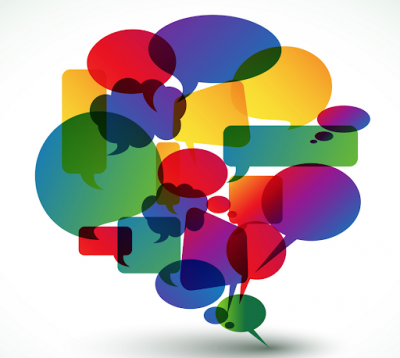 Phrases like “This is the New Normal” and “We need to normalize this and that” have become commonly used statements in 2020. I was sure this year would be the beginning of a New Normal; not the new normal we are currently adapting to. I’d psychologically, financially, and physically prepared myself kupiga sherehe this whole decade because you know what they said about 2020 and it being the start of a decade packed with graduations, job promotions, ruracios, bridal showers, weddings, and baby showers for us, millennials. These life achievements are still taking place, but not with the hype I’d anticipated.

My biggest disappointment was the ban on social gatherings. I’d been looking forward to the annual Rotary Sunshine Rally, an event I had missed over the years. As a matter of fact, I had created a countdown to the event. Unfortunately, this ban was declared less than 24 hours to the big day. I was now disappointed and very uncertain of how long the ban would last, just like everyone else. I kept wondering how life would be without social gatherings. You know man is a social being and therefore needs to constantly interact with others.

The ban came with the indefinite closure of learning institutions and the ‘work from home’ routine being the new norm. At first, I was happy at the thought of not going back to school. My 4-month long holiday was about to come to an end and I really don’t like the transition from a flexible routine at home to a fixed routine at school. A few weeks into it, everyone was either having a business meeting via a Zoom call or a class on Google Meet or a group discussion on Microsoft Teams. This was such an amazing experience for me because I had toyed with the idea of signing up for online classes before I joined campus.

However, the remote learning program had me confined to my study room for the better part of the week, either listening to my lecturers or having a discussion with my classmates. At this point, I realized enrolling in online classes wasn’t a good idea as I had thought. Ideally, while on campus I’d be actively listening to my lecturers while in class, then have lunch with my classmates and throw banter while at it, and eventually, hang out with close friends in the evening. Now with the new norm that was online classes, I couldn’t experience the campus life I had been accustomed to for the past two years.

With all these sudden changes, I ended up having cabin fever. Spending my days in the same environment every day was taking a huge toll on me. Unfortunately, I couldn’t change my environment because then, the ‘stay at home’ campaigns were at their peak. Slowly I found myself listening to online conversations on varied topics. Around this time I started to actively engage my friends in conversations, via wozap and occasionally on zoom calls. I found a safe haven in listening and having conversations. The conversations were, in several cases, not tied to the pandemic. It was and still is therapeutic to hear other people’s opinions and listen to someone talk about an experience I’d been through as well.

While in forced confinement amidst the Spanish civil war, Saint Josemaria spent a considerable amount of time talking to those around him. One of his listeners, Eduardo Alastrué, would write down what he’d heard from the Opus Dei founder’s talks. In his letter dated July 1937, Saint Josemaria pointed out that in as much as the writings weren’t an exact account of what he’d said, he encouraged his listeners to keep taking notes as they would be of benefit to them. In the same manner, when I realized how much conversations have helped me navigate this unforeseen period, I took it upon myself to have conversations more frequently and with a wider audience. So I started a podcast slightly over a month ago, in my quest to create a platform for conversations. My highlight has been listeners getting back to me with feedback on how they related so much with a given episode.

This article was written by Lennah Kinoti, a BSc Financial Economics student.